Protecting and preventing your community’s water source from pollution reduces risks to public health, utility treatment costs and service disruptions. So what can you do to reduce pollution? 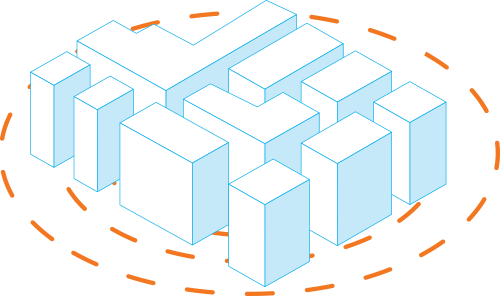 Delineate the source water protection area. Create a boundary line based on where your water utility draws its drinking water supplies. For example, the delineated area may be a certain radius surrounding the location of your drinking water wells or intake pipes. 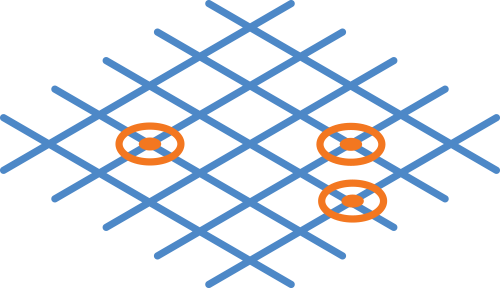 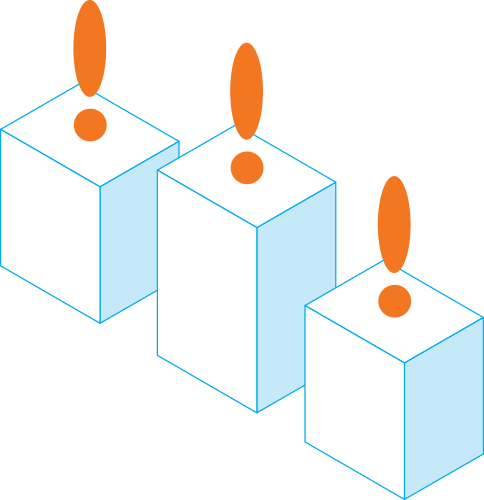 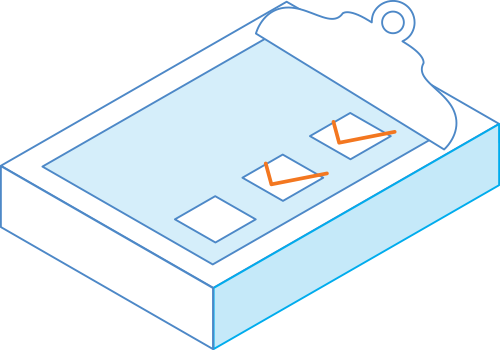 Develop contingency strategies that address water supply contamination or service interruption emergencies. This may involve an assessment of available water storage and/or an identification of alternative sources of water. 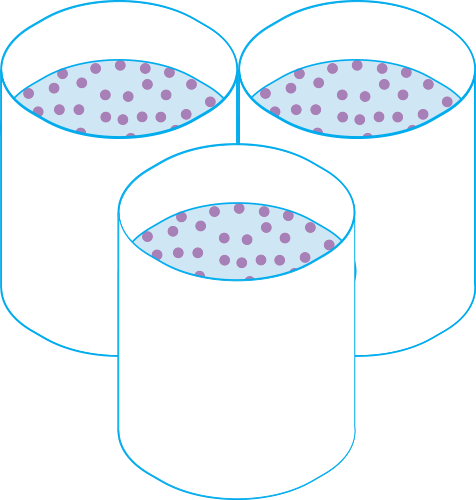 You and your water system have a responsibility to the public to provide clean and safe drinking water to homes and businesses. Customers may take their water for granted… until they don’t have it. If service is interrupted or if the water becomes unsafe, you can be assured you will hear about it from your constituents.

Water utility systems are subject to Federal and State regulations. These regulations require that water delivered to customers meets established safety standards and that water quality test results are reported to the State. Violations can result in fines of up to $25,000 per day. Another regulatory requirement is Consumer Confidence Reports about local water quality and any violations or identified contamination. These annual reports must be distributed annually to homes and businesses in your utility service area. As an elected official, you must ensure that budgets include sufficient funding for operating and maintaining the system, as well as for regularly testing water quality and meeting regulatory requirements.

Water utility staff are on the frontlines of ensuring we all have safe, clean drinking water at our tap 24/7. Just like police and fire service workers, water utility staff provide a service critical for the life and health of people every day. Supporting utility workers’ participation in trainings that bring the best practices in water resource management to your community should be a priority. Is your utility a member of the American Water Works Association? Encourage cross-industry learning and expertise building—your community will directly benefit.

Like many industries today, the water industry is seeing a significant number of water utility operators retire. It is recommended that water utilities consider an operator-in-training program, such an apprentice operator, to ensure a smooth transition of leadership as staff retire.

In Northeastern Illinois, 2016 monitoring by the Illinois State Water Survey has shown chloride levels in surface water and groundwater are increasing, and that use of salt for pavement deicing is the primary source of these increases. Staying ahead of this issue is important to maintaining healthy water sources for drinking water.

Removal of snow and ice from pavement is essential for public safety. During winter storms, the use of de-icing chemicals is a widely accepted and generally essential means of keeping pavements safe and passable. Sodium chloride—common salt—is by far the most popular roadway deicing chemical. However, salt is corrosive to vehicles, roadway surfaces, parking lots, driveways and bridges and has been found to have adverse effects on the environment including flora, fauna and water quality. Salt pollutes—when snow and ice melt, the salt goes with it—washing into our lakes, rivers, streams, wetlands and groundwater. It takes only one teaspoon of road salt to permanently pollute 5 gallons of water. If too high a concentration of chloride gets into a water source, that source can harm fish and plant life, and become unusable as drinking water.

The Villages of Montgomery and Oswego in Chicago’s southwest suburbs have partnered together to implement a sensible salting program. In 2014, the Village of Oswego began investing in a sophisticated brine-making system capable of mixing different anti-icing agents that could be applied to the roadways both before and during a snow storm to reduce the department’s dependency on calcium chloride (rock salt). In 2015, the Village of Montgomery built its own homemade brine maker and truck-mounted sprayer skid for applying product to roadways. The application’s success propelled Montgomery’s village board to invest in a new truck capable of applying product at a more efficient rate.

The two communities then began working together to maximize the strongest parts of both programs—Oswego’s brine making system and Montgomery’s application ability. During 2016–2017, Oswego produced product for both communities, which Montgomery picked up with its new truck, and applied to major roads in both communities. The communities have discovered that applying the liquids to the rock salt prior to salting the roads activates the rock salt for quicker results, and that pre-treatment of roadways can be accomplished up to 48 hours in advance of a storm, which has reduced overtime costs for staff.

These efforts combined with other changes in Montgomery’s policies—such as only salting the center of the road on streets with lower traffic volumes and speeds and only salting cul-de-sacs after the storm is over—have earned the village savings of 30–50% of its historical annual salt consumption. This alone can save the village’s road budget $75,000–$150,000 annually, depending on the current cost-per-ton for salt. Additionally, this new shared services program has reduced staff needs from 5–6 down to 2–3, which allows village leaders to reassign employees to other priority areas. The staff deploy the new tools in their arsenal, and many of them enjoy more rest and time with loved ones as well as fewer laps around the block. 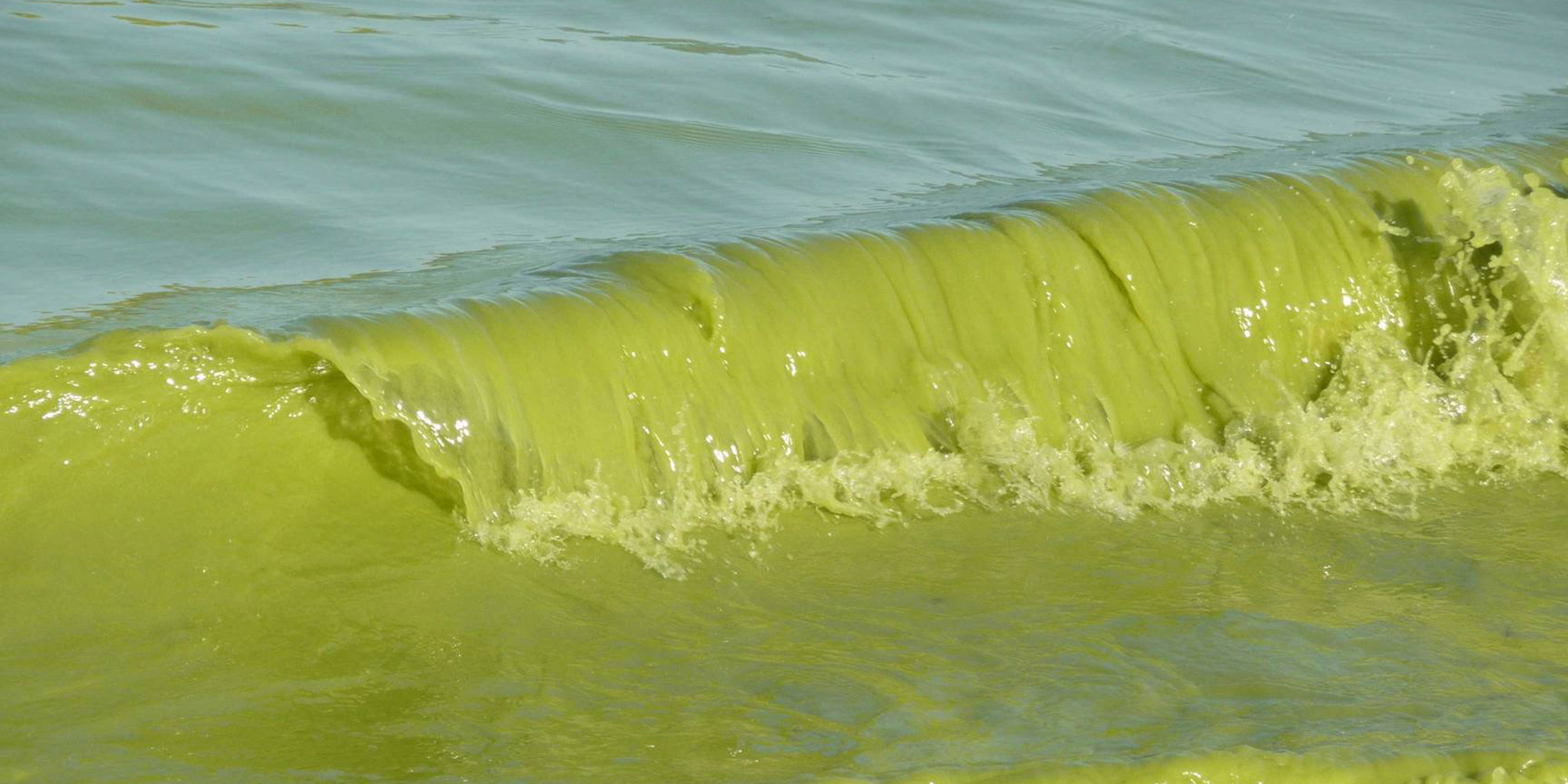 Toledo, Ohio gets its water supply from Lake Erie. In 2014 the city’s water service was disrupted after chemical tests confirmed the presence of unsafe levels of the algae toxin Microcystin in the drinking water plant’s finished water. The ban on drinking and cooking using tap water for more than 400,000 residents (as well as 30,000 residents of southeast Michigan) lasted two days and caused emergency measures at the state level.

Another pollutant that affects water sources is nutrients—often phosphorus and nitrogen—two ingredients typically included in fertilizers. When nutrient levels in surface waters are excessive, one result is algae blooms. Nutrients enter the water from a variety of sources including fertilizing agriculture and turf grass. As a community leader, you are in a position to ensure that staff incorporate best practices in fertilizing at parks and other public spaces. Your community can also encourage or require homeowners and businesses to practice sensible fertilizing through educational efforts, or by ordinance. Some cities and even states have banned the use of fertilizers which contain phosphorus: Winnetka, Illinois now has a working ban on phosphorus-containing fertilizer, which its village council approved through a reworked ordinance in 2017.

What actions can your community take to reduce the threat of algae blooms in drinking water? Reduce the amount of nutrients applied for lawn care. This can include enacting an ordinance to limit the use of phosphorus-containing fertilizers like Winnetka, Illinois did. Communities can also provide educational outreach and training programs such as those offered through the Illinois-Indiana Sea Grant, which promote switching to landscape practices that reduce pollution. Called Lawn to Lake, this collaborative program promotes healthy lawn and landscape practices such as building healthy soil, being water smart and taking an integrated approach to pest management. Host workshops and provide educational materials about these best practices in your community to reduce the negative impacts of nutrients in local water sources.

Hazardous wastes such as paint, motor oil, gasoline, antifreeze, cleaning products, lawn care chemicals, solvents, mercury, batteries, medicines and pharmaceuticals are harmful to local water sources. Medicine should not be flushed down the toilet, as most municipal treatment systems are not designed to remove pharmaceuticals, so these waste products pass through a treatment plant and are released to a nearby lake or river—most likely a drinking water source. Monitoring of rivers and lakes near metropolitan areas has revealed trace amounts of pharmaceuticals in the water and in fish. Like pharmaceuticals, it is problematic for other hazardous wastes to be put into toilets or sewers, and they should not be poured out onto the ground. Proper disposal of these products is important to ensuring safe drinking water for our communities.

Fortunately, many state and local law enforcement agencies, communities and organizations have established different options for hazardous waste collection. In Illinois, the Environmental Protection Agency (IEPA) coordinates one-day household hazardous waste collections each year in the spring and fall. The IEPA encourages communities or organizations to co-sponsor household hazardous collection events, which you can do by filling out an application and contacting its Waste Reduction Unit. There are also take-back events, mail-back and other collection programs that communities can organize to collect old, expired or unwanted prescription and over-the-counter pharmaceuticals from households.

The City of Chicago, through a partnership between its Public Health and Police Departments, has set up a program for households to drop off unused pharmaceuticals. For security reasons, the drop-off locations are in the lobby of police stations where there are secure blue boxes, which look like mail boxes. People can drop their unused pharmaceuticals into one of the boxes, and the city properly disposes of them to ensure these chemicals do not end up in water supply sources.

Questions for your staff: Protecting your source

Previous
GO  Taking action:
Your guide to important practices
Understanding the actions you need to take
Next
GO  Ensure you have enough